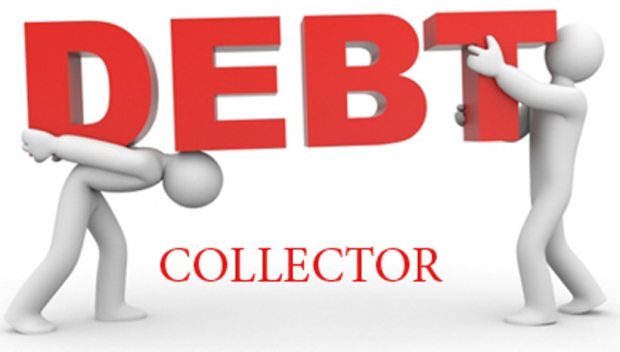 Singaporeans feelings about debt collectors can sum up in the classic images of a pig’s head or O$P$ splattered in red on corridor walls. But in reality, of the debt collectors’ actions can still come close on harassment. So, if you are having difficulty in paying your bills, then you might receive the unwanted attention from a debt collector.

What do debt collectors do?

Banks can lose a large amount of money each to clients who don’t make the repayments. For them, it is necessary to invest in a means of clawing back the money that clients owed to them. Mostly, this task is given to a debt collection agency. These agencies work for the company and chase the debtor to retrieve the money from them. For example, if a person doesn’t pay their credit card bills, the bank will hire a debt collector to bring the money back.

How far can debt collectors do?

It is considered as illegal for debt collection agencies to run around sticking pigs’ heads on client’s doors. But these things don’t bother most of the debt collector as the use many other scary tactics e.g., hanging up banners telling the world that you owe money or banging your doors and windows.

Bad news for debtors is that there no law controlling or supervising these debt collection agencies. That means they can do anything like a regular entity. Still, it is necessary to know about the actions of the debt collector to make sure he/she doesn’t do anything that is against the law or illegal. Here are a few examples of actions that could get a debt collector in trouble with the law.

By using any mean of abusive, insulting, or threating words that make you feel harassed. The wrong behavior, rude or insulting communication can constitute to harassment. If they manage to cause actual violence or their actions evoke you to believe that the unlawful violence will be used against you by them, then call the police.

If the mob of angry men sends by the debt collection agency, then there is an excellent reason to call the cops for illegal assembly. Any gathering of five to six people can be considered as offender if you show that they intend to commit something offensive or to put you under the threat of physical harm. At Funan, a group of seven debt collection agency employees was arrested for unlawful gathering at a food court stall in 2015.

Many debt collectors might try to scare you that they will seize your TV or will tow your car away if you are not willing to pay back the money, but all these are just talking. In reality, they need a writeup from the court in order to seize your belongings.

It is illegal and against the law to use abusive, threatening, or insulting words or behavior with the objective to cause you to believe that they can use any physical violence against you or can provoke you. Shouting vulgarities or banging on doors can be standard practices used by debt collectors. Call the police if you feel threatened.

There is no mystery that what happened to Sticker Lady and Michael Fay. In case the debt collector sticks any poster, banner or advertisement on your property, spray paint on the property, damage or destroy your belongings, then they can be charged for the act of vandalism.

How to deal with debt collectors?

Here is the bad news for you, you can’t hide anywhere but all you can do is run. For a short time, you might be able to dodge the debt collectors, but as soon as your debt is getting out of control, you will find your property, your car and other belonging starting to seized and sold for the debt recovery.

Try to face the debt collector and don’t get feared by him/her. If they try to cross their limits or don’t anything against the law, then call the police for your safety. Remember that they often have the ability to act as a mediator between your creditors and you.

Instead of running away, try to find a solution or bargain with the debt collector that how you can repay the money. You might be able to get the help to lower the interest rate or to negotiate an installment plan.

Uses of Medical Loan In Singapore

In Singapore, what action a debt collector can take and how to deal with...

How FinTech is changing the world with new and innovative money lending ideas?

Easy n Fast Loan - April 12, 2019
0
The “out of box” thinking start-up Crawfort is changing the rules when it comes to loan granting solutions Management...

What’s the cheapest way to borrow money in Singapore?

How to make the most of a failed business strategy

Easy n Fast Loan - April 12, 2019
0
As an entreprenur, you must know that failure is inevitable but to achieve success you must move forward. Keep a positive mindset...
Open chat
Powered by